Home » News » What does an Iranian psychiatrist do in Toronto?

What does an Iranian psychiatrist do in Toronto? 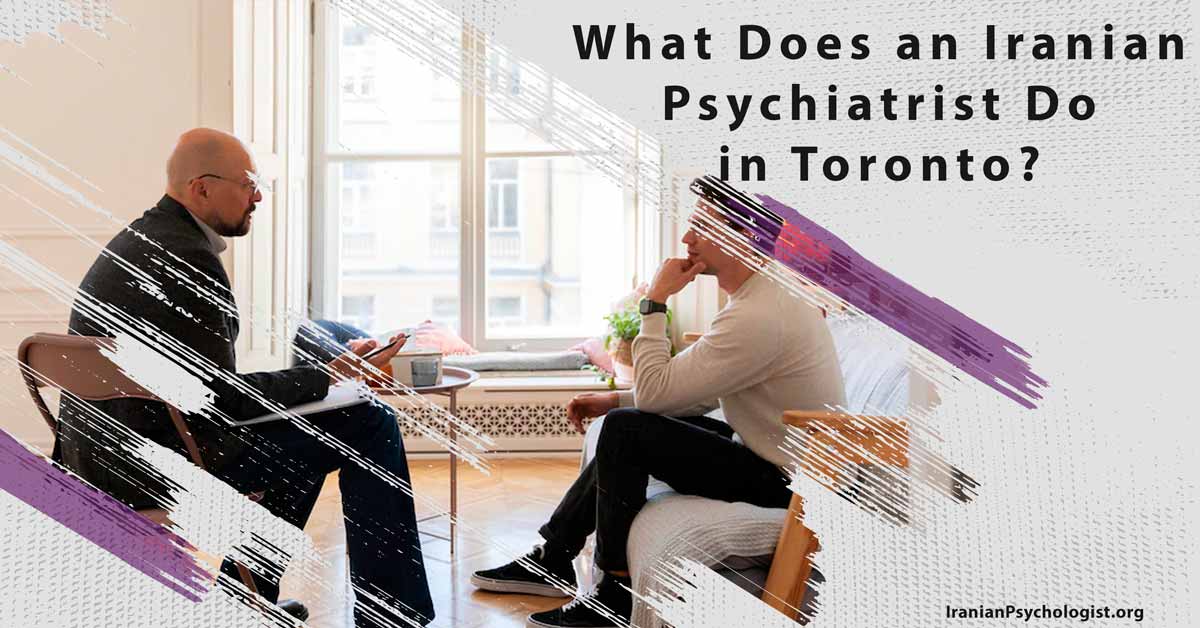 With about 2,800,000, Toronto is the most populous city and the largest city in Canada. Toronto is Canada’s economic capital. Many of Toronto’s residents in Ontario are Canadian-Iranians living mainly in Willowdale and Richmond Hill. The diversity of race and nationality in Toronto, Canada, is so great that Toronto can be considered a place of interaction between different cultures and beliefs. More than 140 languages ​​are spoken in Toronto.

This great diversity leads to the fact that a person who immigrates to this city finds it difficult to adapt culturally. Now he has to choose between different cultures and sometimes conscious opposition. As in the past, culture and, therefore, individual values ​​are no longer predetermined. After a while, the children of immigrants are more quickly absorbed in the host country’s culture and distance themselves from the values ​​of the immigrant family. At the same time, the first generation of immigrants born in a country other than the host country is more committed to their customs and traditions and strives to maintain their values.

This cultural difference certainly creates many differences between family members, especially parents and children, or even among people who have lived in the host country for a different time and are likely to seek marriage. Suppose we add these problems to the pressures and stress of adapting to the immigrant family’s new situation. In that case, we can expect many communication and psychological problems for an immigrant family. On the other hand, the immigrant family cannot use government resources at the beginning and after some time, and inevitably consults with their friends, relatives, and acquaintances, which can sometimes not be very helpful due to lack of expertise and skills.

Who is a Psychologist?

An Iranian psychologist analyzes mental processes and human behaviors by observation, interpretation, and records of how people relate to each other and the environment. Some psychologists work independently, some do research, and others only deal with patients or clients. As part of a healthcare team, several Iranian Psychologists work with physicians and social workers to treat the disease and promote general health.

Iranian Psychologists seek to understand and explain thoughts, feelings, and behaviors. Depending on the study’s subject, psychologists use techniques such as observation, evaluation, and experimentation to develop theories about beliefs and emotions that affect a person’s performance.

Iranian psychologists often collect information and evaluate behavior through controlled laboratory experiments, psychoanalysis, or psychotherapy. They may also perform personality, performance, talent, or intelligence tests. They look for behavioral patterns or cause-and-effect relationships between events and use this information when testing theories in their research or treating patients.

What do Iranian Psychologists in Toronto do?

Iranian Psychologists in Toronto are researching and teaching a wide range of topics related to how people think, feel, and behave. In general, most psychologists work in five broad groups: research, teaching, service delivery, management, and counseling. Many of them combine two or more of these groups. For example, a university professor usually teaches and conducts research. They may also be clinic managers or psychologists who provide services to patients, mostly Iranians living in Toronto.

How to find an Iranian Psychologist in Toronto, Canada?

It is important to note that most people are unaware of a good counselor and therapist’s characteristics and what they can expect from their therapist. A knowledgeable and experienced psychologist can help the individual, family, and social development of clients with appropriate advice and an inexperienced and uninformed counselor. Most importantly, a non-committed counselor can hurt clients.

Skills required for an Iranian Psychologist

In his conversations with clients, Iranian psychologists must abandon ethnic and racist prejudices and pay attention to all his cultural and family values. He needs to understand people’s differences in ways that improve people’s lives and while preserving one’s culture, help build a shared identity.

The Iranian psychologist’s compatibility with his Iranian clients is a critical issue in this field because he is quite familiar with Iranian culture and can communicate more quickly with empathy. This skill also depends on the experience of the counselor. Since time is essential in improving a person’s mental disorder, if the Psychologist does not speak the same language as the client, the person’s recovery process will likely be delayed.

An Iranian Psychologist knows that one treatment method does not work the same for everyone and may not affect one person as on other clients.

Humans have different moods and spirits, and Iranian Psychologists in Toronto have more experience and can offer more useful solutions.

An excellent Iranian Psychologist’s essential characteristic is his adherence to moral principles and values because the client goes to the psychologist with a sense of trust and is supposed to reveal the secrets hidden in his mind. So abusing the sense of trust is the most significant blow to the authorities. Confidentiality is one of the most important values for an Iranian Psychologist. The therapist and counselor have no right to tell their secrets to even the closest person until the client allows it.

An Iranian Psychologist in Toronto works in a variety of fields. Some specialize in depression, obsessive-compulsive disorder, anxiety, work in communication and marriage, and personal growth. Child education and psychology is also a field in which another group of Iranian Psychologists works There.

What are the conditions for counseling and psychology in Toronto?