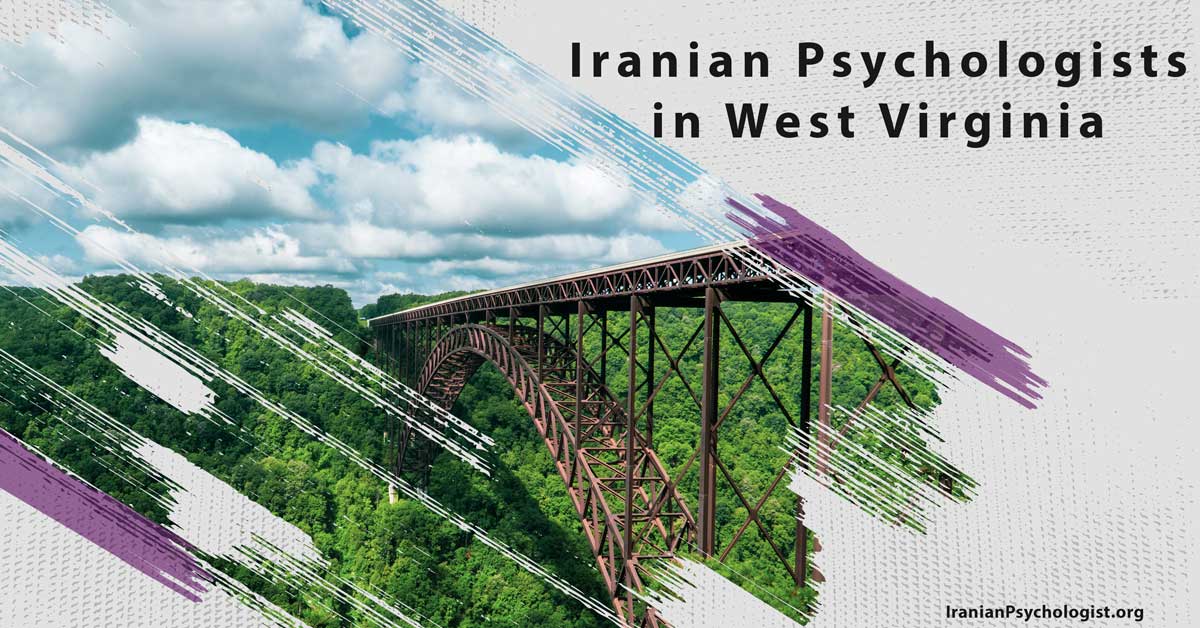 There are several reasons for seeing a psychologist, some reasons beyond our control, and we need someone professional to help us; therefore, finding a high-qualified psychologist is really important, and you may need some guidance to do the best of it. It could be more difficult if you are a migrant who is not familiar enough with the country that is your new home; that’s why Iranianpsychologist.org has provided a list of the best Iranian psychologists in 50 states of the United States specific cities of this country. Here is some crucial information about Iranian psychologists for all those Iranian who lives in West Virginia.

West Virginia is one of the major states of the United States, which is located in the Appalachian and Mid-Atlantic regions of this country. It is the 41st-largest state by area and ranks 38th in population, with around 1.791 million residents. West Virginia shares borders with Pennsylvania to the northeast, Maryland to the east and northeast, Virginia to the southeast, Kentucky to the southwest, and Ohio to the northwest, and it has a humid subtropical climate with warm to hot, humid summers and chilly winters, increasing in severity with elevation. On July 1, 2018, the United States Census Bureau calculated West Virginia’s population as almost 1,792,150, which is divided into different races and ethnicities such as White, Black, Asian, Native, Native Hawaiian, and Other Pacific Islander and the other races.

There are several cities, towns, and metropolitan areas in West Virginia that play important roles in the United States. Its capital city is Charleston which is the most populous city in this state. The second-largest city of West Virginia is Huntington, a city in Cabell and Wayne Counties in the United States. Among the other largest cities in West Virginia, it is better to mention Morgantown, Parkersburg, Wheeling, Weirton, Fairmont, Martinsburg, Beckley, Clarksburg, South Charleston, Vienna, St. Albans, and Bluefield.

What to Look for in a Psychologist in West Virginia?

Although you can find a professional psychologist in West Virginia by asking your family, friends, the other health specialist, or the local psychology association. If you are an outlander in this country, you must pay attention and decide carefully. That’s why it is suggested to find a psychologist who is your countryman and is completely aware of your culture, which is important in solving a mental problem. In addition to culture, speaking the same national language helps you connect better and trust more.