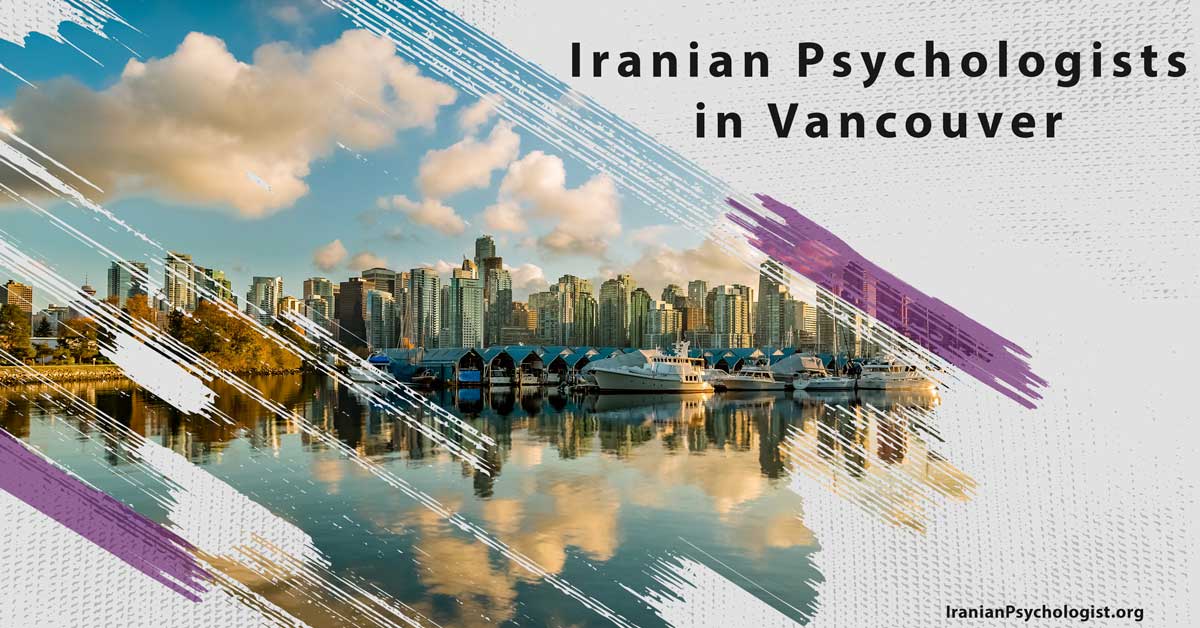 In modern life, mental health issues are common, and unfortunately, several people worldwide suffer from some serious mental disorders. One of the most common psychological problems is post-migration mental difficulties that sometimes become beyond control and lead people to serious psychological dangers. That’s why Iranianpsychologist.org has brought a list of the best Iranian psychologists in different areas of Canada, and here is some vital information about Iranian mental specialists in an important city like Vancouver, which is one of the famous destinations for Iranian migrants.

Vancouver is one of Canada’s major cities in its western area and is specifically located in the Lower Mainland region of British Columbia. It is the most populous city in the province. Vancouver is known for being the warmest city in winter in Canada, and it has oceanic or marine west coast. This city is one of the most livable cities in the world for more than a decade, and it is near the beach with different hills and mountains; therefore, different opportunities for outdoor activities are provided there such as skiing and snow sports in winter, kayaking and water sports in the summer, hiking, camping, and biking year-round, fishing, scenic golf courses, and mountain ziplining.

The population of Vancouver is 2,581,000, and this number is divided into different ethnicities such as European, East Asian, South Asian, Southeast Asian, Aboriginal, Middle Eastern, Latin American, Black, and the other. Software development, biotechnology, aerospace, video game development, animation studios, and television production and film industry are economic and industrial activities of Vancouver.

Many experts and people appreciate Iranian psychologists in Vancouver. That’s because of their capability to solve different mental disorders, including stress, sleep disorders, phobias, paranoia, suicidal feelings, homesickness, hopelessness, panic attacks, etc. They are also well-known for being obliging, tolerant, talented, conscientious, knowledgeable, patient, friendly, trustworthy, intelligent, and supportive. Their therapy sessions are held regularly and at a fair cost. Another noticeable fact about Iranian psychiatrists is the fact that they are well-educated in some of the most famous universities all over the world that makes them teach as high qualified professors and hold some important seminars in the psychological world.

What to Look for in a Psychologist in Vancouver?

Several ways help you find the best psychologist in Vancouver, including calling the local psychology association or asking family, friends, colleagues, and other acquaintances. But the most important thing in finding a psychiatrist for migrants is that some of them need to talk in their language and see a specialist from their country not only to get rid of their problems but also to reduce their homesickness by speaking their language mother tongue. This will provide a situation where both the patient and the psychologist can understand each other and connect better. In addition to connection, the psychologist is completely aware of the patient’s culture, which is one of the major elements in solving mental problems.