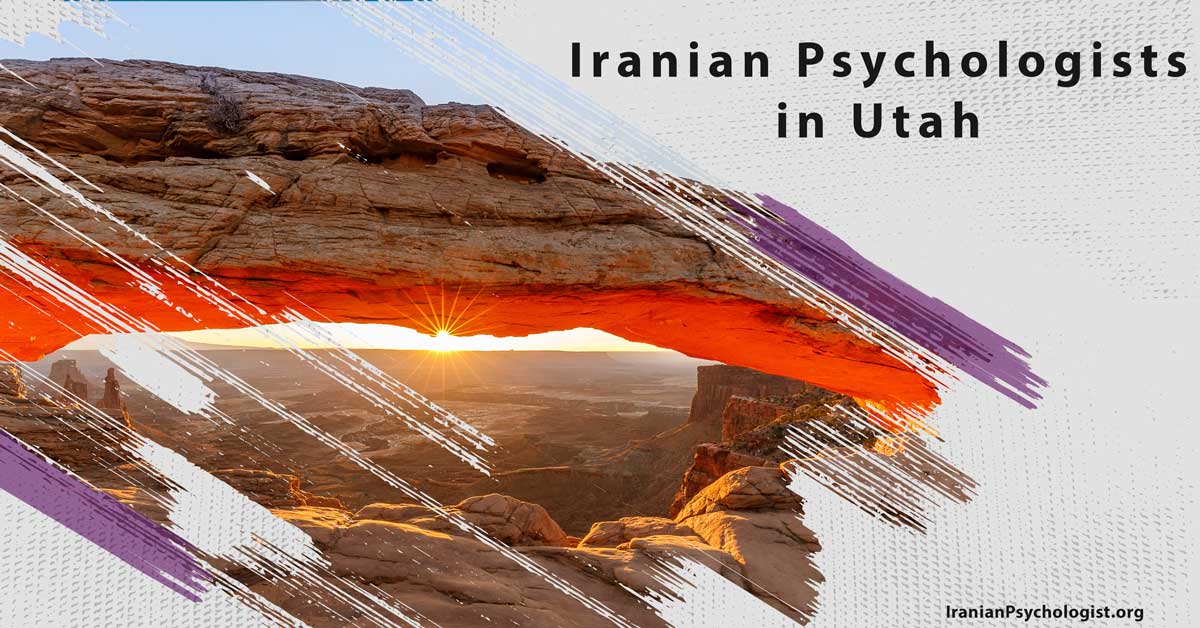 Sometimes life is full of adversity. Each of us may feel overwhelmed and may need professional aids to pass crisis safely; these aids could come from a high-qualified psychologist ready to help you get rid of this brutal tension. That’s why finding the best psychologists is really important, and it could be a bit tough; especially for those people who are living far from their country and are not familiar enough with a psychiatrist in the United States; therefore, Iranianpsychologist.org has provided a list of the best Iranian psychologists in different states of the US. Here is some crucial information about these Iranian psychologists in a state like Utah, one of the major states.

Utah is one of the 50 states of the U.S., located in the Western part of this country, and shares borders with Colorado to the east, Wyoming to the northeast, Idaho to the north, Arizona to the south, and Nevada east-west. Utah is known as the 13th-largest area; with over three million, it is the 30th-most-populous and 11th-least-densely populated of the 50 states of the United States. Utah’s climate is alternative in different areas of this country, one of the most geographical diversities.

In 2019, the United States Census Bureau calculated Utah 3,205,958, divided into different races and ethnicities such as White, Asian, Native, Black, Native Hawaiian, and Other Pacific Islander and the other races. English is the official language of this state. Still, the other spoken languages of Utah are Spanish, German, Navajo, French, and Pacific Island languages, including Chamorro, Hawaiian, Ilocano, Tagalog, and Samoan. Taxation, tourism, branding, mining, energy, and the Potential to use renewable energy sources are known as popular economic activities of Utah.

Wasatch Front in the north-central part of the state, with over 2.6 million residents, and Washington County, in southwestern Utah, locally known as “Dixie,” with more than 175,000 residents in the metropolitan area, are two centers of Utah’s population. The other important cities of this state are Salt Lake City, West Valley City, Provo, West Jordan, Orem, Sandy, Ogden, and St. George.

Iranian psychologists in Utah who have graduated from some of the best universities of Utah or other places worldwide are famous for being tolerant, obliging, methodical, sympathetic, conscientious, patient, diligent, shrewd, and altruistic. They have proved that they are ready to use the latest psychological methods and techniques to help people with different mental problems, including depression, phobias, insomnia, panic disorders, addiction, couple problems, and family relationships.

What to Look for in a Psychologist in Utah?

There are a lot of psychologists with different nationalities in Utah that you can contact the best of them by calling Utah’s psychology association or asking family, friends, or other health professionals; but it is suggested to all those people who live as migrants in this state to look for a psychologist who is their countryman and can speak their language; in this sense, both of them can connect better and understand each other more.