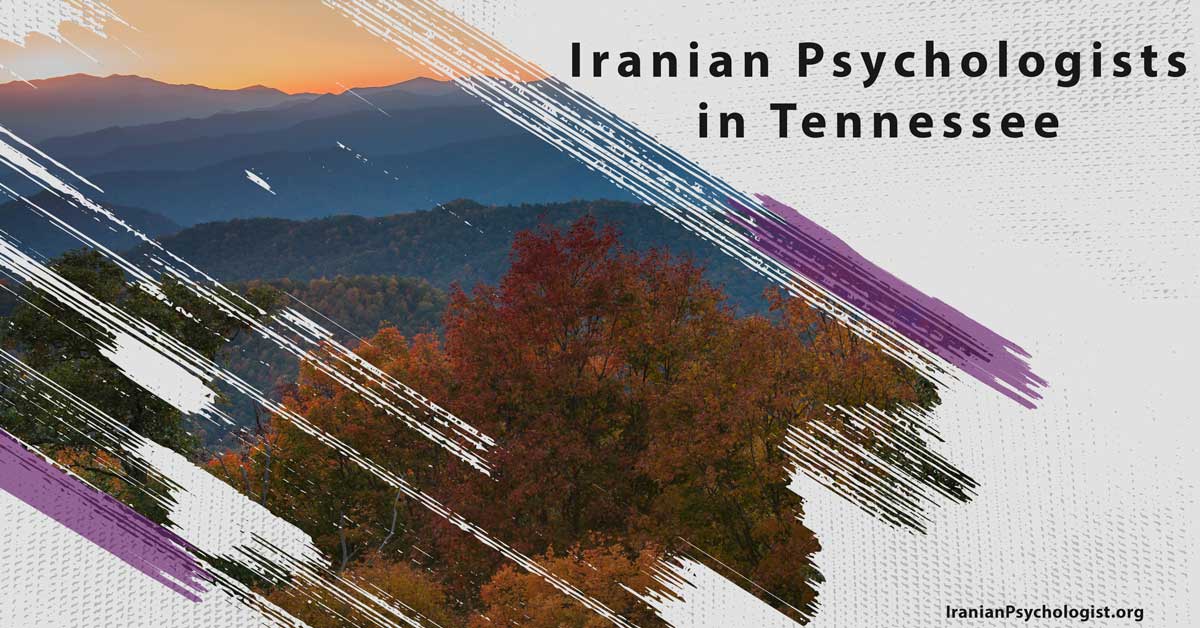 Sometimes, in everybody’s life, they may feel down and mentally disturbed. They often need a trained counselor to help them take over these bad feelings; mental and physical health are closely linked, and seeing a mental specialist can improve their overall health. That’s why it is suggested to look for the best psychologist who can help you effectively even if you are an outlander in the United States; therefore, Iranianpsychologist.org has introduced some of the best Iranian psychologists in the US to help all those Iranian migrants who live in different states of the U.S. Further helpful information about Iranian psychologists in Tennessee is covered through this article to give you prosperity in finding the best Iranian counselors.

Tennessee is one of the 50 major states of the United States, located in the southeastern part of this country. Tennessee is the 36th largest by area and the 16th most populous of the 50 states, and it shares borders with Kentucky to the north, Virginia to the northeast, North Carolina to the east, Georgia, Alabama, and Mississippi to the south, Arkansas to the west, and Missouri to the northwest. Most of the time, Tennessee has a humid subtropical climate with different temperatures in this state’s different reigns. On July 1, 2019, the United States Census Bureau calculated Tennessee 6,829,174, and this number is divided into different races and ethnicities such as White, Black, Asian, Native, Native Hawaiian, and Other Pacific Islander and other races.

Iranian psychologists in Tennessee are specialized in psychotherapy and have different expertise in human behavior, mental health assessments, mental disorders, and behavior change. They apply the latest methods and techniques to help people get rid of their annoying thoughts, emotions, and behaviors. Iranian psychologists are known for being obliging, patient, trustworthy, intelligent, talented, tolerant, diligent, methodical, conscientious, altruistic, and presenting their aid with fair fees. Their license and degrees are taken from some valuable universities which are famous all around the world.

What to Look for in a Psychologist in Tennessee?

There are several ways to find a professional psychologist in Tennessee; for instance, you can ask your family and friends to introduce a good psychologist or ask your physician or another health professional to help you. Tennessee’s psychological association is also ready to answer your queries about finding a psychologist who is the best match for you. There is also a simple way for all those living in this state, and they are far from their country; they’d better find a psychologist who is their countryman and speaks their language, a person who they can connect with better and trust more.