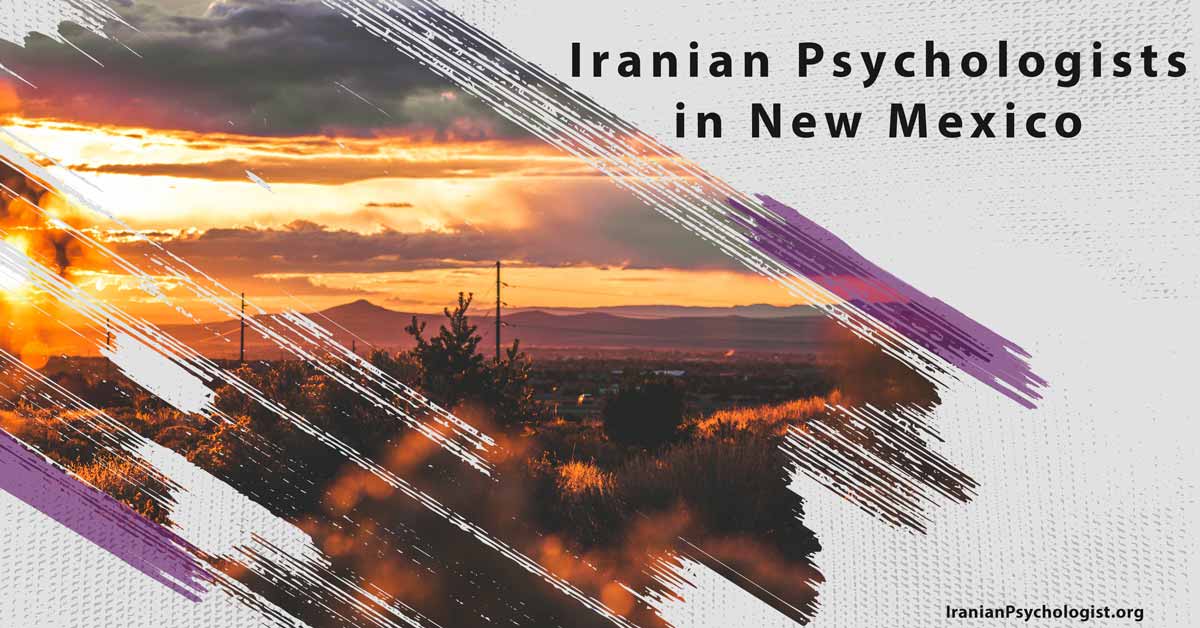 Paying attention to mental health is as necessary as paying attention to physical health. That’s why psychologists are one of the integral parts of health care systems all around the world. People may sometimes feel down for several reasons or even suffer from serious mental disorders, so it is necessary to look for a professional psychologist. Especially when you are living in another country and in addition to mental or social problems, suffer from homesickness and wish for somebody to talk in your national language. Therefore Iranianpsychologist.org has provided a list of the best Iranian psychologists in New Mexico for the sake of all those Iranian who live in this state and look for a professional psychologist. Further information about these Iranian psychologists in this state is given in this article to help you decide better and reduce your tension.

New Mexico is one of the major 50 states of the United States, located in the Southwestern region of this country and with 121,590 square miles (314,900 km2); New Mexico is the fifth-largest state. This state shares borders with Colorado on the north, with Texas and Mexico on the south, Arizona on the west, and Oklahoma on the east, and New Mexico have a semi-arid climate. In 2019, the United States Census Bureau declared New Mexico’s population 2,096,829 and categorized this number in different races with different thoughts and religions living peacefully together such as White, Non-Hispanic White, American Indian, Asian, Black and Hispanic of the other races. The main spoken language in this state is English, and after that, Spanish and the other languages are used. Oil and gas production, tourism, business investments, new technologies, taxation, and federal government spending are the major economic incomes of the state.

There are 33 counties and contain 106 municipalities consisting of cities, towns, villages, and an incorporated county in New Mexico. Santa Fe is the capital city of New Mexico, and its largest city is Albuquerque. The second-largest city in New Mexico is Las Cruces, and the third-largest city of this state is Rio Rancho. Alamogordo, Aztec, Bernalillo, Carlsbad, Deming, Gallup, Las Vegas, Portales, Santa Rosa, and Socorro are the other important cities of this state.

Iranian psychologists in the US have proved the fact that they own the capability of helping people with different mental problems like depression, insomnia, anxiety, panic, phobias, couple problems, and children’s mental problems. They are also known for being generous, diligent, good listeners, calm, patient, tolerant, generous, astute, and organized. Valid data shows us that most of them have been educated in famous universities which some of them are working as a professor in these academic places. There are sometimes psychological seminars held by some of the Iranian psychologists in the United States that help society in mental healthcare.

What to Look for in a Psychologist in New Mexico?

You can find many psychologists in New Mexico, but the point is to find the best one who can help you in every condition. A psychologist with general requirements for being the best psychologist who can understand you and solve your problem. Therefore if you are an outlander living in this state, find a psychologist who is your countryman and speaks your language. in this sense, you can connect better and get rid of the stress of cultural boundaries and ethnicities.