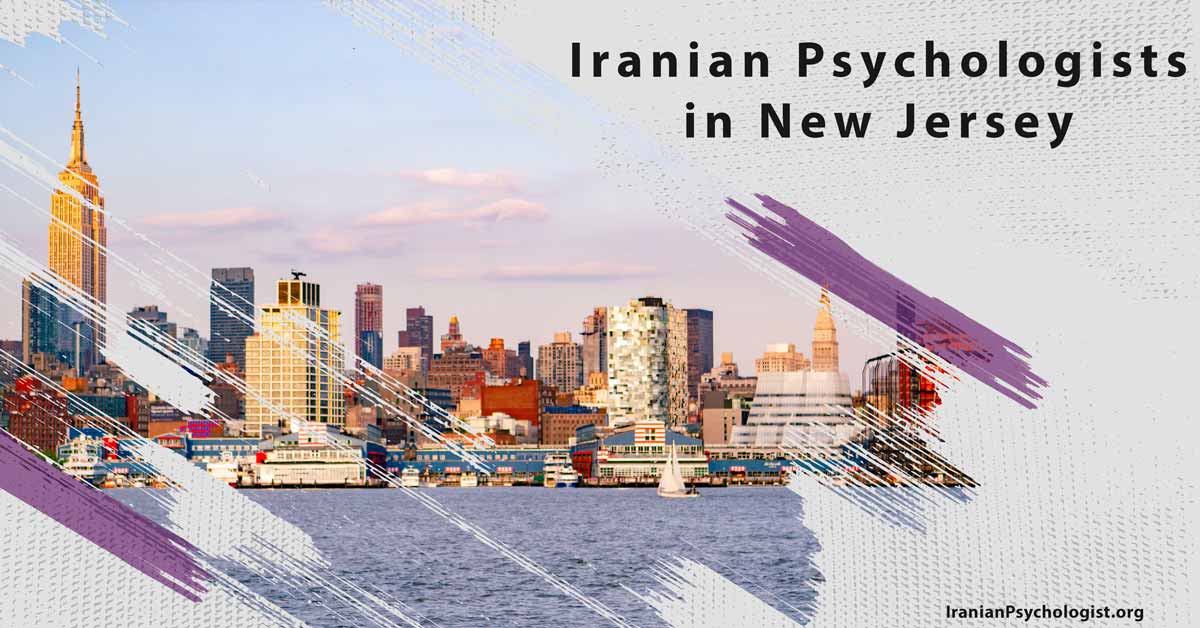 Psychology is one of the crucial branches of the healthcare system because severe mental problems could lead to physical problems; therefore, it is suggested by many specialists never to underestimate any tiny symptoms of mental disorders and see a professional psychologist as soon as possible. One of these symptoms that many people often do not take seriously is homesickness which might end with a brutal depression; that’s why Iranianpsychologist.org has provided a list of the best Iranian psychologists in different states of the U.S. for all those Iranian who lives in this country and miss their homelands. Further information about this fact and Iranian psychologists in New Jersey, one of the important states, is given in this article to help you to decide better.

As mentioned above, New Jersey is one of the major 50 states of the United States, located in the Mid-Atlantic region of the Northeastern part of this country. New Jersey shares borders with New York to the north and east, the Atlantic Ocean to the east, southeast and south, Delaware River and Pennsylvania to the west, Delaware Bay, and the State of Delaware to the southwest. New Jersey is the fourth-smallest state by area but the 11th-most populous, with 8,882,190 residents as of 2019 and 8,722.58 square miles, making it the most densely populated state.

New Jersey is divided into North Jersey, Central Jersey, and South Jersey, and there are two kinds of climates in this state; the south, central, and northeast parts of the state have a humid subtropical climate, while the northwest has a humid continental climate, with much cooler temperatures due to higher elevation. In 2019, the United States Census Bureau calculated the population of New Jersey 8,882,190. This number is divided into different races, including White, Black, Asian, Native, Native Hawaiian, and Other Pacific Islander.

There are 21 counties and contain 565 municipalities consisting of five types: 254 boroughs, 52 cities, 15 towns, 241 townships, and three villages in New Jersey. Trenton is the capital city of this state, and Newark is its largest city. The other important New Jersey cities are Jersey City, Paterson, Edison, Woodbridge, Lakewood, Hamilton, Trenton, and Camden.

Iranian psychologists have gained a reputation for being professional enough to help people with different mental disorders such as depression, phobias, insomnia, panic disorders, addiction, couple problems, and family relationships. They have graduated from several famous universities worldwide, and some are teaching and presenting psychology in the academic community. Iranian psychologists are also known for being organized, sympathetic, conscientious, patient, tolerant, obedient, diligent, intelligent, and generous.

What to Look for in a Psychologist in New Jersey?

As New Jersey is a brilliant state providing different facilities for its citizens, there is no doubt in having several professional psychologists there; therefore, you may feel a little confused when you need to see a psychologist. So there is a simple way, at least for those outlanders who live in this state, to find the best psychologist a bit easier; for instance, all those Iranian who lives in New Jersey could find an Iranian psychologist who can speak Persian connect better. In this sense, both psychologists and visitors understand and trust each other more.