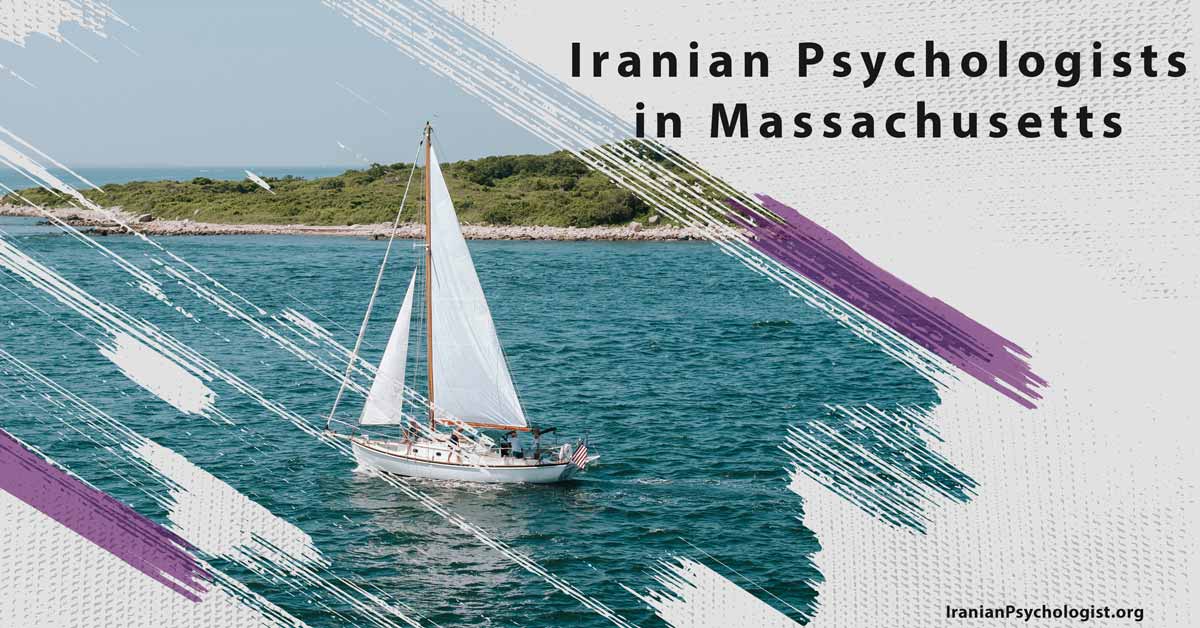 Psychologists are one of the integral parts of society who are helping people and society. There have always been adversities in life such as loss, stress, anxiety, anger, depression, unhealthy habits, addiction, and several mental disorders. Some migrants suffer from these problems, which could be stronger by their homesickness for their country. Therefore, it would be better to look for a psychologist from their country and completely aware of their conditions. That’s why Iranianpsychologist.org has provided a list of several Iranian psychologists in Massachusetts for Iranian who live in this state. Further information about them and this state is covered through this article to help you to decide better.

Massachusetts is one of the major 50 states of the United States, located in the New England region of the northeastern part of this country. This state, officially known as the Commonwealth of Massachusetts, shares borders on the Atlantic Ocean to the east, Connecticut and Rhode Island to the south, New Hampshire and Vermont to the north, and New York to the west. Massachusetts’ climate is classified as a humid continental climate, with cold winters and warm summers.

On July 1, 2019, the population of Massachusetts was estimated at 6,892,503 by the United States Census Bureau, and this number is divided into different races with different cultural backgrounds such as white, Black or African American, Native American, and Alaska Native, Asian, Native Hawaiian, and Other Pacific Islander and the other races. The economy in Massachusetts is defined by activities like trade, taxation, biotechnology, information technology, finance, health care, tourism, manufacturing, fishing, agriculture, and trade.

There are 50 cities and 301 towns, which are grouped into 14 counties in Massachusetts. These fourteen counties are Berkshire, Franklin, Hampshire, Hampden, Worcester, Middlesex, Essex, Suffolk, Norfolk, Bristol, Plymouth, Barnstable, Dukes, and Nantucket. Boston, the most populous city in New England, is the capital city of this state and has been an influential city in American history, academia, and industry.

By being obliging, diligent, patient, methodical, conscientious, discreet, wise, generous, and intelligent Iranian psychologists in Massachusetts has always been ready to help people with different mental problems such as insomnia, anxiety, depression, panics, phobias, couple problems, and children’s mental health care. They use the latest methods and techniques in their sessions, giving people a sense of relief and providing influential therapy sessions. These psychological methods are also taught and presented in different academies and seminars by some Iranian psychologists all around the United States.

What to Look for in a Psychologist in Massachusetts?

Finding the best psychologist is really important and also challenging. Therefore it is better to look for a psychologist who has all the general standards for bringing the best one. But if you are an outlander who lives in Massachusetts, you’d better search for a psychologist who is from your country and can speak your language. You can connect better and by knowing that your psychologist is fully aware of your cultural background, trust him or her more. In this simple way, you can help yourself reduce the stress of living in another country and homesickness.