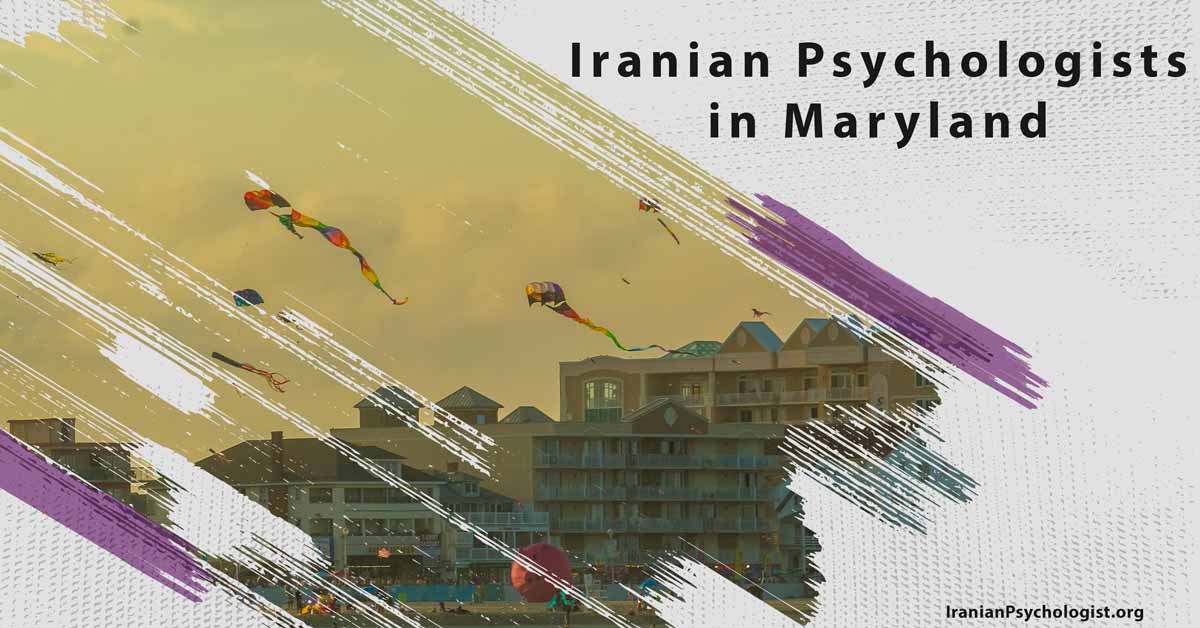 Many Iranians living in the United States and, like many other people, sometimes may feel down. This could be because of loss, stress, anxiety, unhealthy habits, addiction, and homesickness. Therefore, it is necessary to know how they can find the best psychologist in another country. In this sense, Iranianpsychologist.org has provided a list of several best Iranian psychologists who are professional enough to help their countrymen and other people from other nations. Here is more information about these Iranian psychologists in the US who are working in Maryland, which is one of the 50 states of the U.S.

Maryland is one of the major states of the United States, which is located in the Mid-Atlantic region of this country. The state shares borders with Virginia, West Virginia, and the District of Columbia to its south and west, Pennsylvania to its north, Delaware, and the Atlantic Ocean to its east. By spreading 12,406.68 square miles in the United States, Maryland is the 42nd largest and 9th smallest America.

On July 1, 2019, the United States Census Bureau estimated the population of this state around 6,045,680, and this number is divided into different races, including white, Non-Hispanic White, Black, Asian, American Indian, and Hispanic. Maryland’s economy is defined by the state’s proximity to the federal government in Washington, D.C., and manufacturing, including electronics, computer equipment, and chemicals. The other major sources of wealth in Maryland are Baltimore port, agriculture, fishing, biotechnology, and tourism.

Like many other states of the United States, there are several important cities located in this state. The Capital city of Maryland is Annapolis, and its largest city is Baltimore. The Baltimore metropolitan area and Washington metropolitan area are the major homes to the main population of this state. The other important cities of this state are Columbia, Germantown, Silver Spring, Waldorf, Glen Burnie, Rockville, and more.

Iranian psychologists in Maryland have proved that they are always ready to help people with different social and mental problems such as insomnia, anxiety, depression, panic, phobias, couple problems, and children’s mental health care. It has been proved that they are using the latest methods and techniques in their therapy sessions, which give you a sense of relief. They are also known for being obliging, diligent, patient, methodical, conscientious, discreet, intelligent, generous, razor-sharp minds, and a magnetic personality, which are crucial characteristics for a psychologist.

What to Look for in a Psychologist in Maryland?

If you are an outlander who lives in Maryland, it could be a little challenging for you to find a professional psychologist, and you can trust him or her. Therefore, it would be better for you to find a psychologist from your country and speak your language. In this sense, you can connect better and explain your problem easier. In addition to language, finding a psychologist who is completely aware of your culture fastens solving the problem and makes it easier to trust him or her.