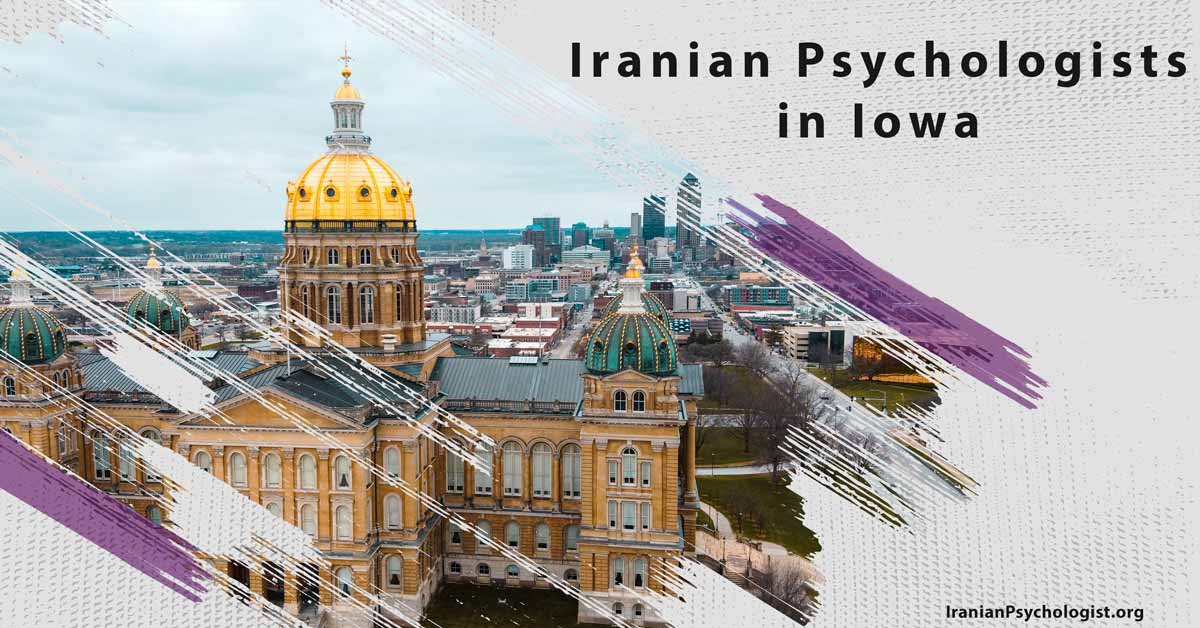 Psychology is one of the essential sciences of human beings’ life, which is working on the mental health of them. This science and psychologists’ importance is more noticeable in this modern life; modern life, based on many pieces of research, is under exposure to anxiety, which is the result of many historical, social, and technological events. That’s why some people are seeing psychologists reduce their mental problems and nervousness.

One of the aspects of modern life is also the matter of migration, which sometimes ends in homesickness and depression. Therefore Iranianpsychologist.org has provided a list of several best Iranian psychologists in the U.S. for all those Iranian who lives in this country and may need a specialist fellow citizen to talk and solve their problems. Here is more information about these psychologists in Iowa that is going to help you to decide better.

Iowa is one of the major states of the United States, which is located in the Midwestern part of this country. The state shares borders with Wisconsin to the northeast, Illinois to the east and southeast, Missouri to the south, Nebraska to the west, South Dakota to the northwest, and Minnesota to the north. It also shares western and eastern borders with the rivers of the Big Sioux River and Mississippi River. Iowa is not characterized by flat land, and it is mostly divided into hills and several rivers and lakes.

It has a humid continental climate with different ranges of temperature through different seasons. In 2019, the United States Census Bureau calculated the population of this state around 3,155,070, and this number is divided into different races with different religions and thoughts that live there peacefully. The economy in Iowa is defined as Business, manufacturing, agriculture, and taxation, which supply the economic needs of this state.

Iowa has 99 counties and has 947 cities that. Among them, the largest city is Des Moines, with 203,433 residents and 80.87 square miles (209.5 km2), and the smallest cities by population are Beaconsfield and Le Roy, each with 15 residents. It is necessary to mention that Des Moines is also the capital city of this state. The other important cities are Adel, Albia, Allison, Atlantic, Bedford, Bloomfield, Burlington, Charles City, Dakota City, Fort Madison, Greenfield, Hampton, Iowa City, Logan, Mason City, Nevada, and Waterloo.

Iranian psychologists in Iowa have gained a reputation by being generous, talented, tolerant, patient, diligent, intelligent, trustworthy, methodical, conscientious, generous, and up to date. They have proved that they can help people with various mental disorders such as insomnia, anxiety, depression, panic, phobias, couple problems, and children’s mental health care. Iranian psychologists are classified with amazing academic studies and backgrounds, giving them the capability to present psychological seminars and research on the global stage.

What to Look for in a Psychologist in Iowa?

There are many psychologists in Iowa, and finding the top one could be a little tough, but you could examine the general standards and their backgrounds and experiences in principle. Or, if you are a migrant who has to live in a place rather than your country and is fed up with homesickness, it is better to find a psychologist who is the countryman that you can trust more. In addition to this fact, you can speak in your language with your psychologist and connect better.