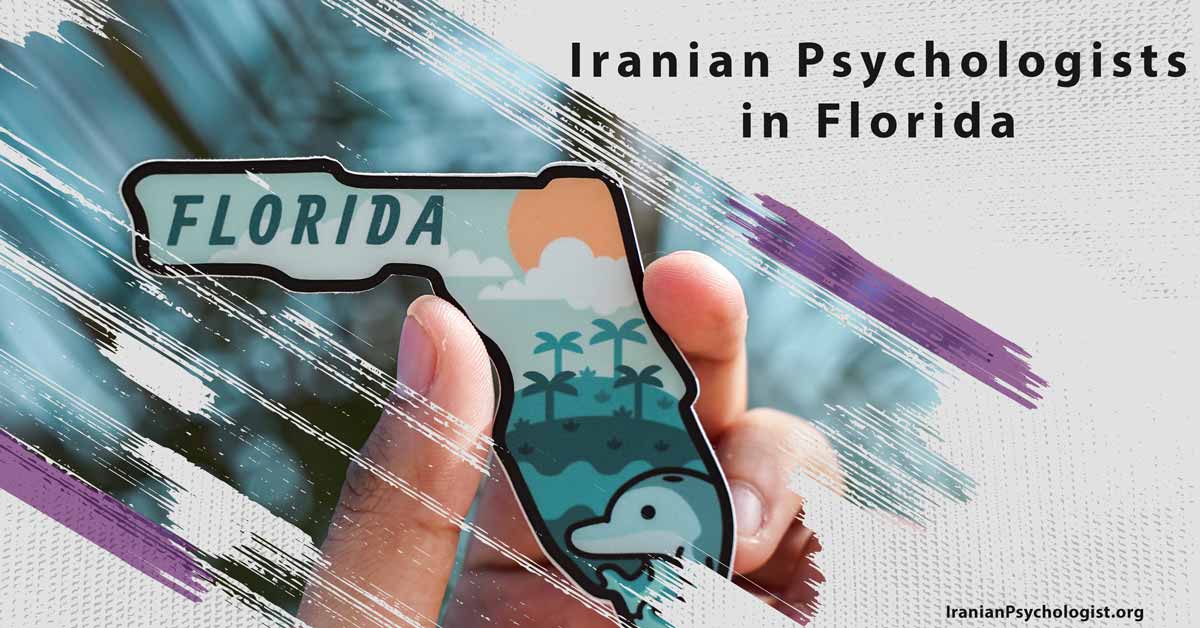 People may need to see psychologists for several reasons: loss, stress, anxiety, relationship, unhealthy habits, mental disorders, and many other requirements. Seeing a professional psychologist is also a great option for all those living far from their homelands, and the homesickness could lead them to extreme depression. Therefore Iranianpsychologist.org has provided several best Iranian psychologists in different states of the U.S., like Florida. If you need more information about Iranian psychologists in Florida, go through this article to help you decide better.

Florida is one of the major states of the United States, which is located in the southeastern region of this country, and it is the third-most populous and the 22nd-most extensive of the 50 United States. Florida is bordered to the west by the Gulf of Mexico, to the northwest by Alabama, to the north by Georgia, to the east by the Atlantic Ocean, and the south by the Straits of Florida. In 2019, the United States Census Bureau estimated that the population of Florida was 21,477,737; this number is divided into different races, including Black or African American, Asian, Hispanic or Latino, Native American, White, and many other races. The economy in Florida is defined by real estate, tourism, industry, mining, media, agriculture, and fishing. There are public and private academic institutions which provide a great opportunity for different people with different thoughts and religion.

Tallahassee is the capital city of Florida, and its most populous city is Jacksonville. One of the studies about this state claims that “the Miami metropolitan area, with a population of almost 6.2 million, is the most populous urban area in Florida and the seventh-most populous in the United States.” The other important cities of Florida with over 1 million populations are Tampa Bay, Orlando, and Jacksonville. Florida has a tropical climate with a wide range of temperatures.

Iranian psychologists have proved that they are completely aware of their jobs. They are ready to help people with different mental disorders such as insomnia, anxiety, depression, panic, phobias, couple problems, and children’s mental health care. They are known for being patient, tolerant, methodical, conscientious, diligent, intelligent, generous, and sympathetic. Iranian psychologists study in great universities and in teaching in these universities, and some are holding several seminars annually.

What to Look for in a Psychologist in Florida?

Because Florida is an important state in the United States, it is not surprising that you can find several successful and professional psychologists there. But you must be careful in finding the best one. You’d better not underestimate the importance of cultural background in solving your problems, even with the help of a great psychologist. To find a psychologist who is from your country and can speak your language. In this sense, you can connect better, which will fasten the success of your therapy session, and you will find relief by trusting your psychologist.