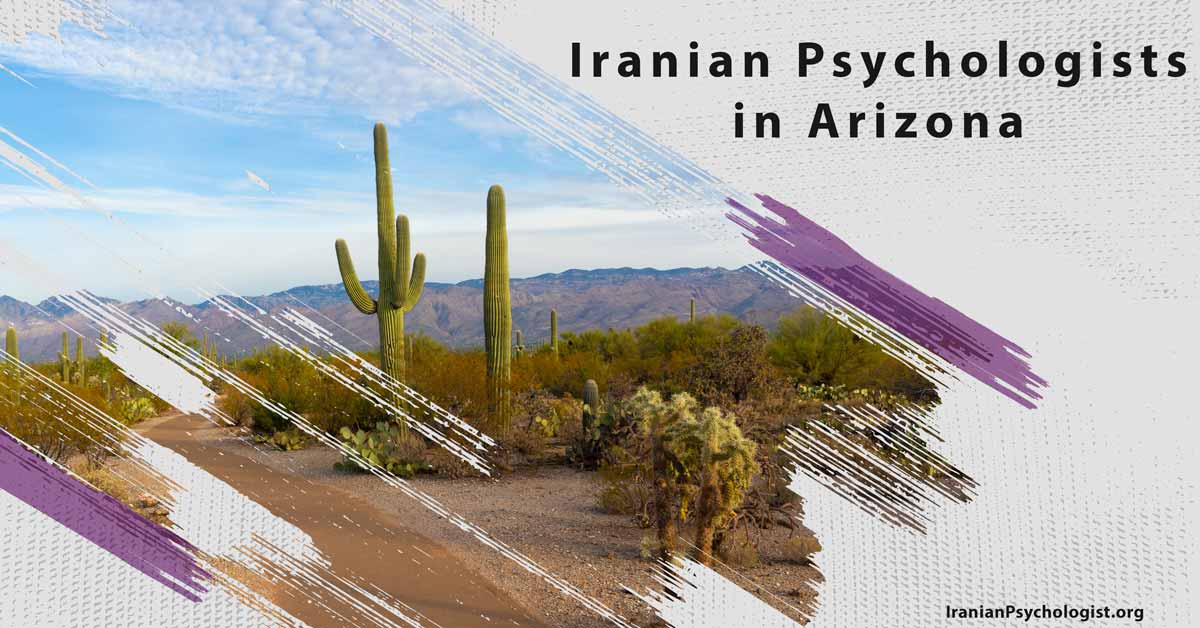 There are several reasons for looking for a good psychologist to help all those who need a reliable person to talk and feel better. We are aware that human beings sometimes feel down and depressed, so finding the best psychologist is really important, especially when you are an outlander who misses your country and is fighting with your bad feelings. In this sense, Iranianpsychologist.org has provided several best Iranian psychologists in different states of America, such as Arizona. Here is more information about this state and all those Iranian psychologists in Arizona who are helping people.

Arizona is one of the major states of the United States, which is located in the southwestern region of this country. It is the 6th largest and the 14th most populous of the 50 states. Arizona has 24 National Park Service maintained sites in Arizona, including the three national parks of Grand Canyon National Park, Saguaro National Park, and the Petrified Forest National Park. You can find different kinds of climates with various temperatures in different parts of this state.

The economy has been grown in Arizona by some important activities such as trade, transportation, education, manufacturing, construction, mining, logging, taxation, professional and business services. Entertainment is provided through art and culture such as film, music, sports, visual arts, and museums.

Arizona’s authorities have organized a great education system in different branches of education like elementary and secondary education and higher education. The most important public universities in this state are Arizona State University, Northern Arizona University, and Arizona.

According to the United States Census Bureau’s calculation, Arizona had 7,278,717 on July 1, 2019. This population is divided into different races and ethnicities, including White, Native American, Black or African American, Asian, Native Hawaiian, and Other Pacific Islander and the other races.

The capital city of Arizona is Phoenix, which is also its largest city. Other major cities of this state are Mesa (Arizona’s third-largest city), Chandler (Arizona’s fourth-largest city), Glendale, Peoria, Buckeye, Sun City, Sun City West, Fountain Hills, Surprise, Gilbert, El Mirage, Avondale, Tempe, Tolleson, and Scottsdale. The facilities and significant public needs are provided in all metropolitan places in this state, such as education, healthcare organization, and other important requirements.

Persian Psychologists in Arizona have gained a reputation through some mesmerizing features which are necessities for being a good psychologist. In addition to being warm, approachable, encouraging, and professional, they have a huge passion for learning and improving psychological techniques. They are known for being not only good listeners but also perfect advisors. They patiently wait for people to open up to identify their problems to use their problem-solving abilities. They are also characterized by other important qualities such as trustworthiness, solid ethical core, cross-cultural sensitivity, and empathy.

What to look for in a psychologist in Arizona?

Because Arizona is a home for the education and healthcare system in the United States, there are many professional psychologists for all those who feel upset and need to speak to one of them. But suppose you are an Iranian who lives in this state. In that case, you’d better find Iranian psychologists in United Estate who can speak your language and know your cultural background. Also, you can trust them more, and a part of your anxieties will fade with the aid of this fact.