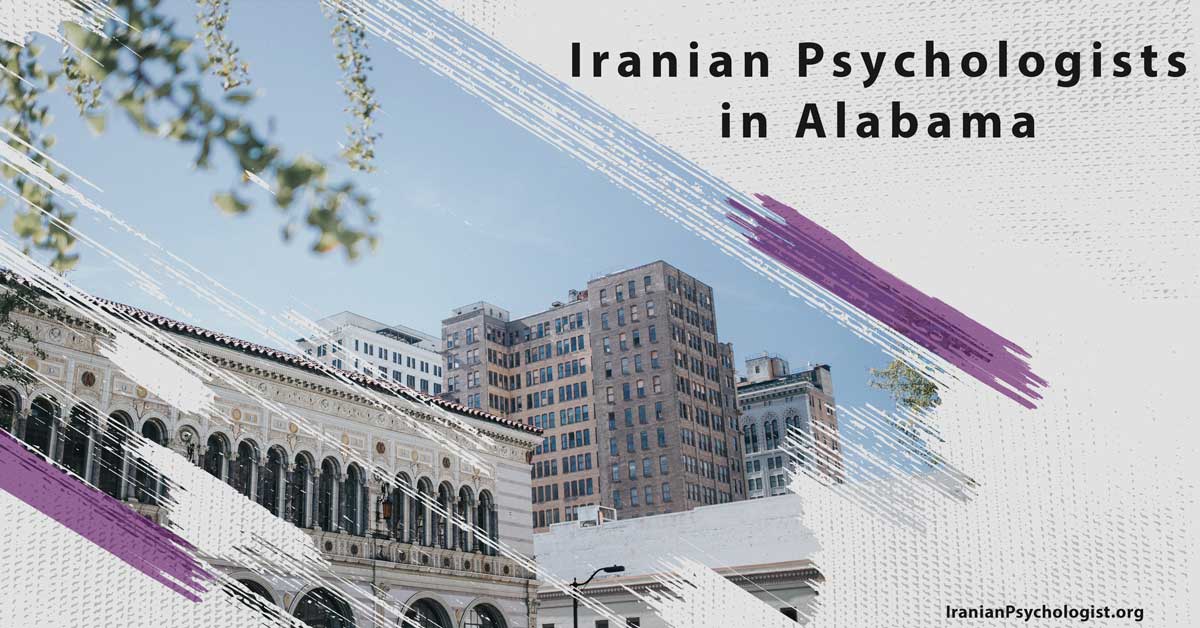 Psychology has been helping people for a long time, and it is known as a major contributor to society. That’s why several psychologists are helping people in different branches of this science, such as health psychology, positive psychology, and educational psychology. Sometimes people who are living far from their own countries miss their homeland and suffer from depression. Most of them are looking for a reliable psychologist to listen to them and understand their problem. Therefore Iranianpsychologist.org has provided a list of the best Iranian psychologists in Alabama for all those Iranian who may need a countryman expert. If you need more information about Alabama and all those Iranian psychologists in this state, go through this article, which will help you decide better.

Alabama is one of the major states of the United States, which is located in the Southern United States, bordered by Tennessee to the north, Georgia to the east, Florida and the Gulf of Mexico to the south, and Mississippi to the west. It is the 30th largest by area and the 24th-most populous of the U.S. states. Alabama has a coastline at the Gulf of Mexico, on the extreme southern edge of the state. It has different natural places which provide lots of outdoor activities. By the matter of climate, Alabama is known as humid subtropical, with an average temperature of 64 °F.

Agricultural and non-agricultural investments are two major economic activities of Alabama. This state is famous for employment and has different organizations, industries, including Tourism and entertainment, healthcare, banking, construction, electronics, and communications. Education in Alabama is divided into two main sections; primary and secondary education, then Colleges and universities.

Alabama has several important cities in the United States. We could mention some of the major cities and towns such as Birmingham, Huntsville, Montgomery, Mobile, Tuscaloosa, Hoover, Dothan, Auburn, Decatur, Madison, Florence, Phenix City, Prattville, Gadsden, and Vestavia Hills.

Iranian Psychologists in the US are known for being able to help people with different mental disorders such as insomnia, anxiety, depression, panic, phobias, couple problems, and children’s mental health care. Most of them are professional experts teaching in universities and holding various important psychological meetings in the United States. The other reason for their popularity is using the latest methods and techniques to solve people’s mental problems. They are also admired for being patient, sympathetic, trustworthy, and cross-cultural sensitive.

What to Look for in a Psychologist in Alabama?

There are a lot of professional psychologists in Alabama who are helping people with different mental problems. Therefore it could be a bit hard to find the perfect one. But if you are an Iranian who lives in this state, you’d better look for a psychologist from your country; in this sense, you can easily talk in your language and trust your psychologist more.